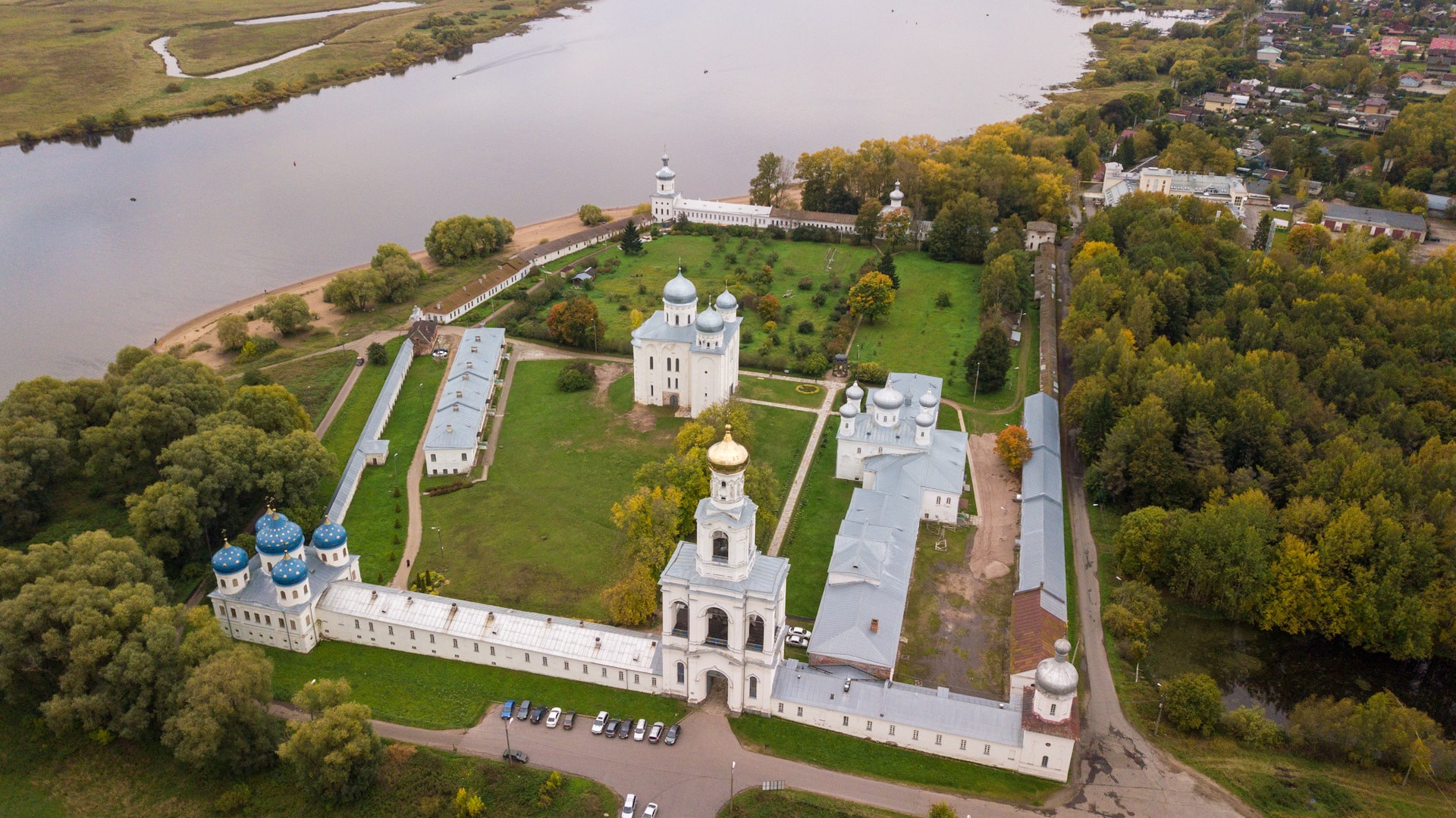 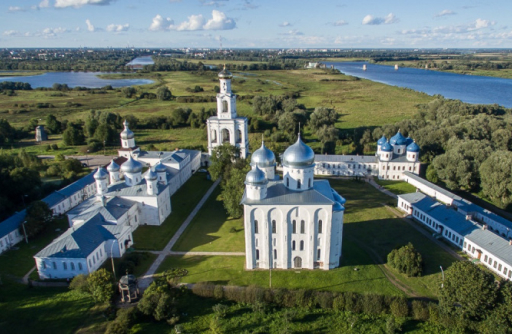 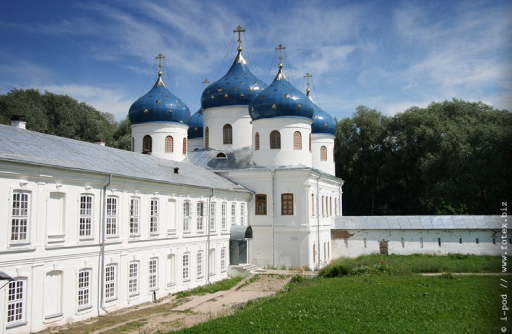 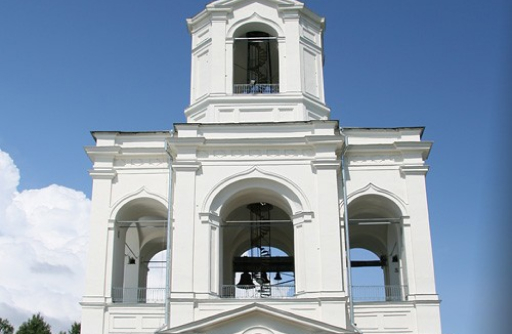 According to legend, it was founded in 1030 by Prince Yaroslav the Wise. Yaroslav Vladimirovich in holy baptism was named George; in Russian, the latter usually had the form “Yuri”, from which the name of the monastery came. The first chronicle mention dates back to 1119.

The buildings of the monastery were originally wooden, as was its cathedral church of St. George. In 1119, by the order of Prince Mstislav the Great, a stone church was laid — St. George’s Cathedral, was built by master Peter – the first Russian architect, whose name is called chronicles.

In 1125 Mstislav succeeded to the throne of Kiev. Having already become a grand duke, he married the daughter of a Novgorod posadnik. In 1130, he endowed the Yuriev Monastery with significant land holdings. The letter of merit, written on parchment on behalf of Mstislav and his son Vsevolod, the oldest surviving Russian legal documents, is kept in the Novgorod Museum. During the restoration of the monastery in the 1990s, an inscription was found on the plaster (in household graphics) about the visit of the St. George Monastery by Mstislav the Great (in the baptism of Theodore) on his name day: “The horse was on the Feodorovo dne Mstislavo.”

In the XII-early XIII century, representatives of the Novgorod nobility were buried in the monastery. Six stone sarcophagi belonging to them were discovered by an expedition of the Institute of Archaeology of the Russian Academy of Sciences in 2019.

The walls of the Yuriev Monastery were first mentioned in the chronicle of 1333.

In the XII – XIII centuries, the monastery became the state monastery of the Novgorod Republic, and its head – the Novgorod Archimandrite – the head of the city magistrates. By the end of the XV century, the Yuriev Monastery was one of the richest church feudal lords.

Modern life of the monastery

On December 25, 1991, the complex of buildings of the monastery was transferred to the jurisdiction of the Novgorod diocese. In 1995, a monastic community was established.

The priestly Archimandrite (abbot) of the monastery is Lev (Tserpitsky), Metropolitan of Novgorod and Old Russia.

The duties of the vicar of the monastery were performed by:

Divine service is performed in four churches of the monastery: St. George, Holy Cross and Spassky Cathedrals, the Church of the Icon of the Mother of God Burning Bush.

In 2009, the official full-featured website of the monastery was opened. In 2010, at the insistence of Archbishop Leo, the site was closed.