Vitoslavlitsy is the Novgorod Museum of folk wooden architecture, which is located near St. George’s Monastery a few kilometers from Veliky Novgorod, on the southern shore of Lake Myachino. 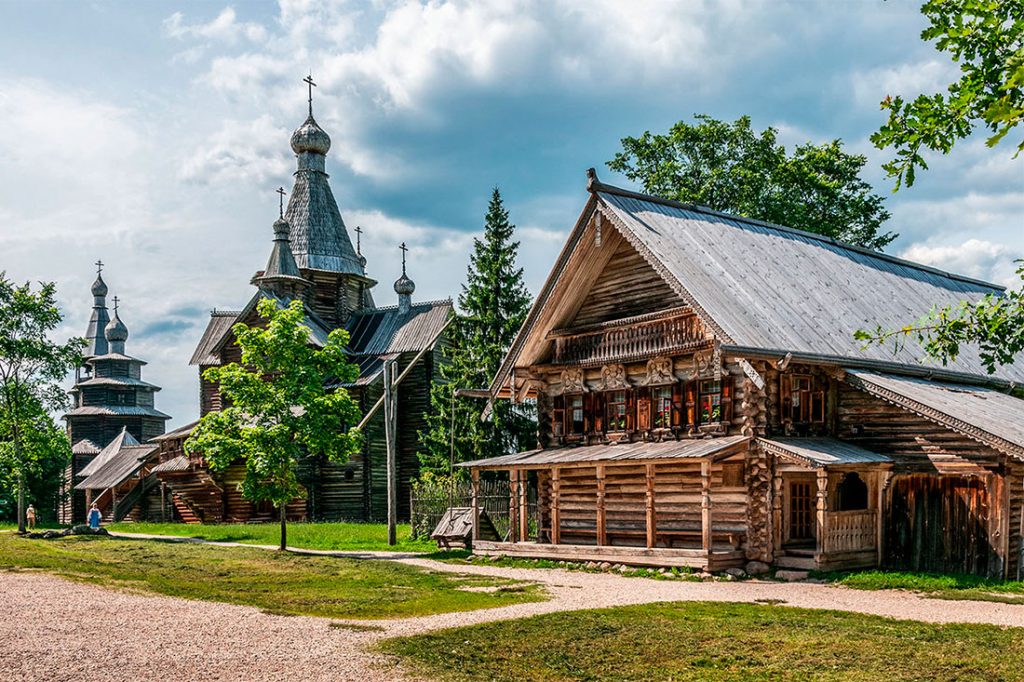 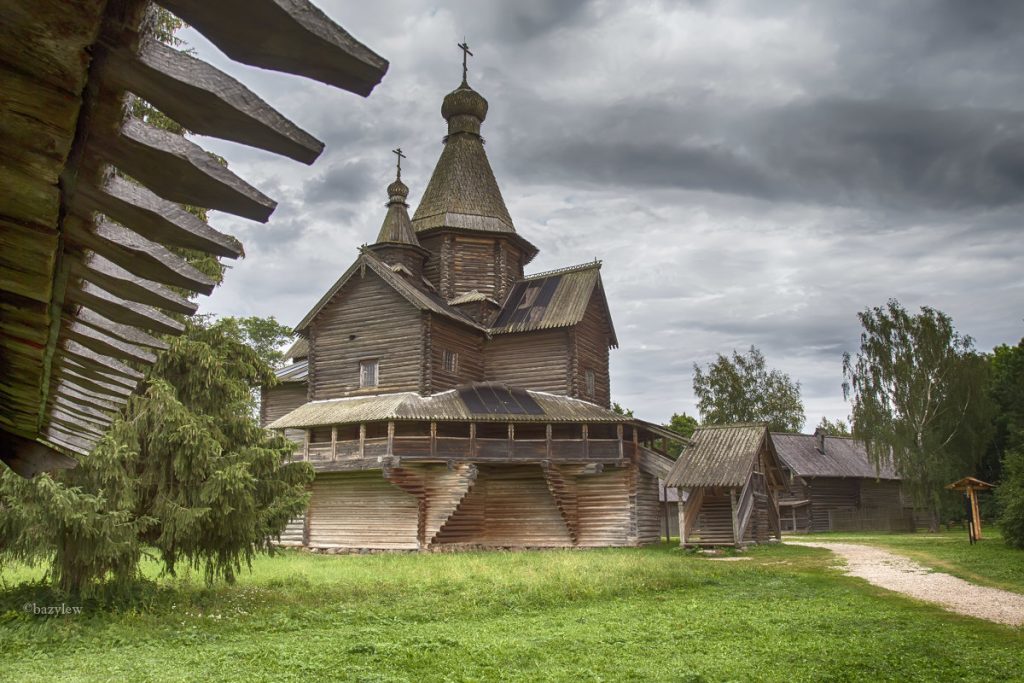 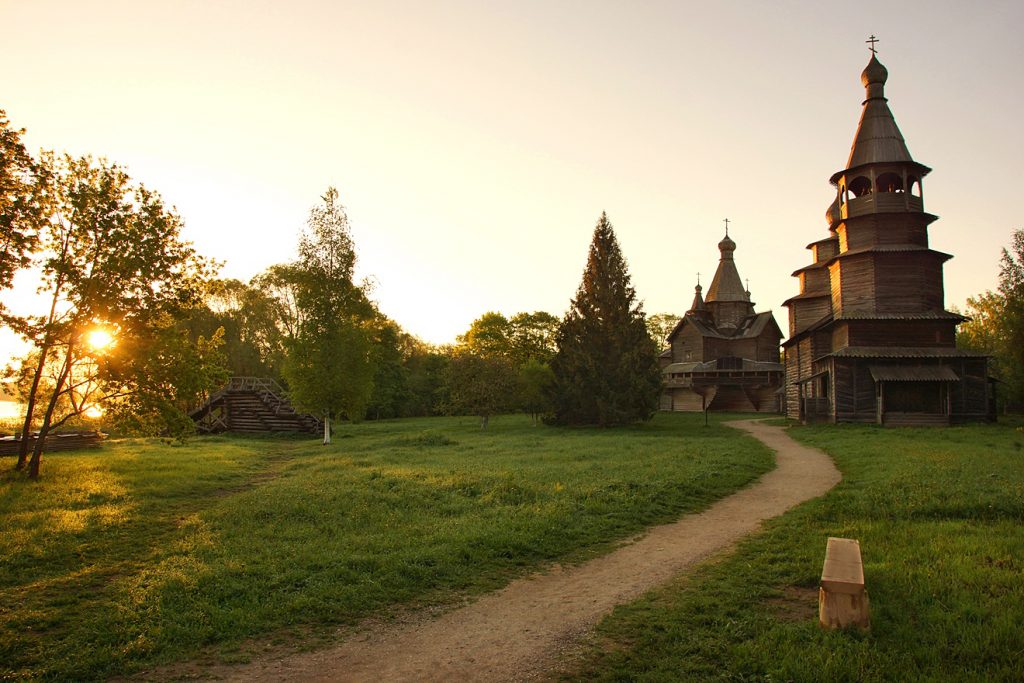 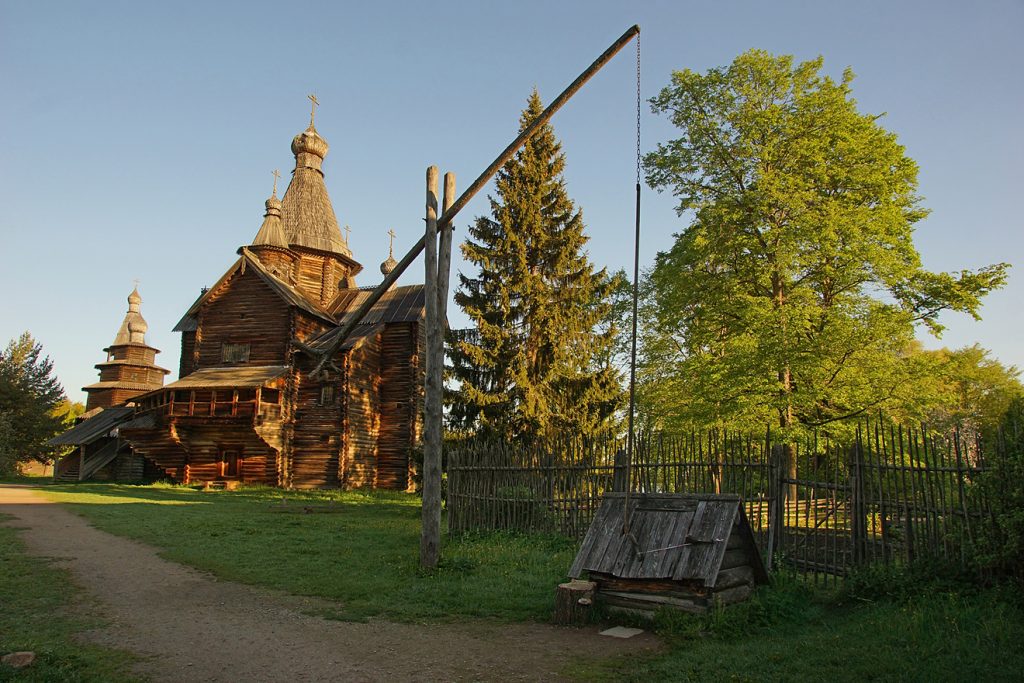 The name “Vitoslavlitsy” comes from the village of Vitoslavlitsy, which existed here from the beginning of the XII to the XVIII century. Around 1187, the village was transferred by the Novgorod Prince Izyaslav Mstislavich to his brother. In 1207 it became a monastic settlement at the Panteleimon Monastery.

Creation of a museum

On January 31, 1964, the Minister of Culture of the RSFSR signed an order “On measures to improve the protection of monuments of wooden architecture.” According to him, among other things, it was proposed to create an open-air museum in Novgorod. On June 5, the New City Council allocated the territory of the former Oryol manor for the construction of a new museum and decided “to consider it possible to organize a reserve on the territory of the Oryol Manor, between the road to Yurievo and Lake Myachino, near the Yuriev Monastery.”

The date of foundation of the museum “Vitoslavlitsy” is considered to be June 5, 1964. The creator of the museum is Leonid Krasnorechyev. The open-air museum began its work on May 16, 1967. It includes the oldest wooden architectural monuments of the XVI century in Russia, residential and industrial buildings of the XVIII-XIX centuries.

The Church of the Assumption of the Mother of God from the Priilmen village of Kuritsko, built in 1595, was the first to be transported here. The first hut transported to the museum was the hut of M. D. Ekimova from the village of Ryshevo.

The Vitoslavlitsy Museum is also a platform for mass folk festivals in the traditions of pre-revolutionary Russia, folklore festivals, promotion and support of folk arts and crafts.

The entire complex is part of the Novgorod State United Museum-Reserve (NGOMZ).

In 2017, within the framework of the joint project of the Ministry of Culture of the Russian Federation and the International Bank for Reconstruction and Development “Preservation and use of cultural Heritage in Russia”, a comprehensive restoration of museum objects and landscaping with restoration of the historical landscape of the manor park was launched.

In July 2019, the museum opened a new exhibition “Iconostasis of the Church of the Assumption of S. Nikulino Lyubytinsky district”, work on the creation of which has been carried out since 2015.