The Tithe Monastery is an inactive, formerly a second-class female monastery of the Russian Orthodox Church in Veliky Novgorod. It is located at the People’s End, south of Prusskaya Street. Adjacent to the line of the shaft of the Roundabout City. 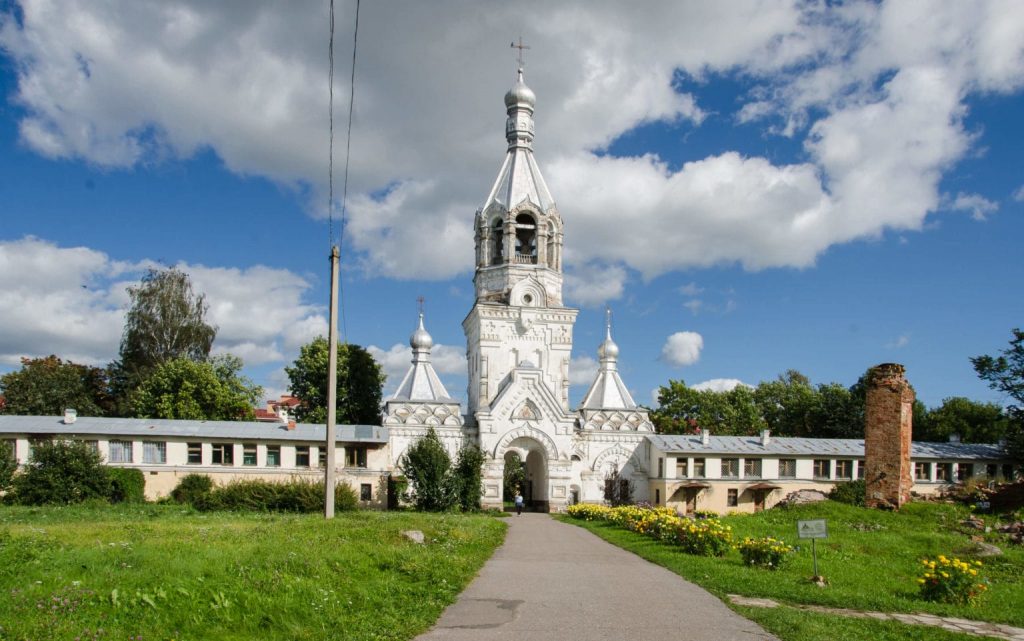 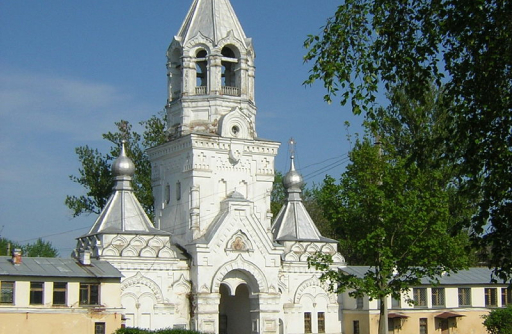 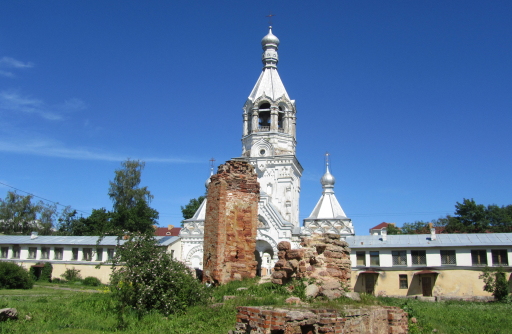 The first mention of the monastery in the Novgorod chronicle dates back to 1327: “put the Church of the Holy Theotokos Nativity Archbishop Moses in Tithes.” In 1397, the Novgorod posadnik Isak Onkifov erected a new church of the Nativity of the Virgin. In 1413 Ivan Morozov erected another stone church of John the Baptist in the monastery. Gradually there are other buildings – stone cells-walls, chapel, refectory, kvasovnya. In 1809, a stone bell tower was built, crowning the entire monastery complex. In 1903, it was completely rebuilt and has been preserved in this form to this day. After 1820, the cemetery Church of All Saints was also built in the monastery.

The most famous Novgorod legend is connected with the Tithe Monastery. There is an assumption that it was founded in the first half of the XIII century by Princess Theodosia Mstislavovna, in monasticism — Euphrosyne, the mother of Alexander Nevsky, in honor of the “miraculous deliverance from the invasion of Suzdal in 1170.”

The Tithe Monastery at the beginning of the XX century

“With a large army they came to the city … The Novgorodians, seeing a large number of besiegers, lost heart, their strength was exhausted, they grieved greatly and were confused, not expecting help from anywhere — they only asked God for mercy and hoped for the prayers of the holy bishop.” According to legend, Archbishop John heard a voice during prayer: “Go to the church of the Lord Jesus Christ on Ilyinskaya Street, take the image of the Most Pure Theotokos and take it to the city walls against the enemies; immediately then you will see the salvation of the city.” So he did — he took out the icon of the Mother of God “The Sign” on the city wall opposite the Tithe Monastery. One of the Suzdal arrows landed in the image of the Virgin, from which tears flowed from her eyes. “The enemies were attacked by fear, darkness covered them — and they began to kill each other.” The Novgorod squad brought the matter to an end.

The episode of the invasion of the Suzdalians is the most beloved in the Novgorod epic, and the icon of the Mother of God “The Sign” is the most revered among believers. Now she is in St. Sophia Cathedral. Access to it is open.

The monastery suffered during the Swedish occupation of Novgorod in 1611-1617, after which only the Nativity Church remained in it.

In 1809, Parasha Sibiryachka was buried in the monastery.