The Vladychnaya (or Faceted) Chamber is an architectural monument of the XV century, built in the style of brick Gothic, located on the territory of the Novgorod detinets. It is one of the oldest surviving civil buildings in Russia. The building is included in the list of UNESCO World Heritage Sites along with other historical buildings of Veliky Novgorod. 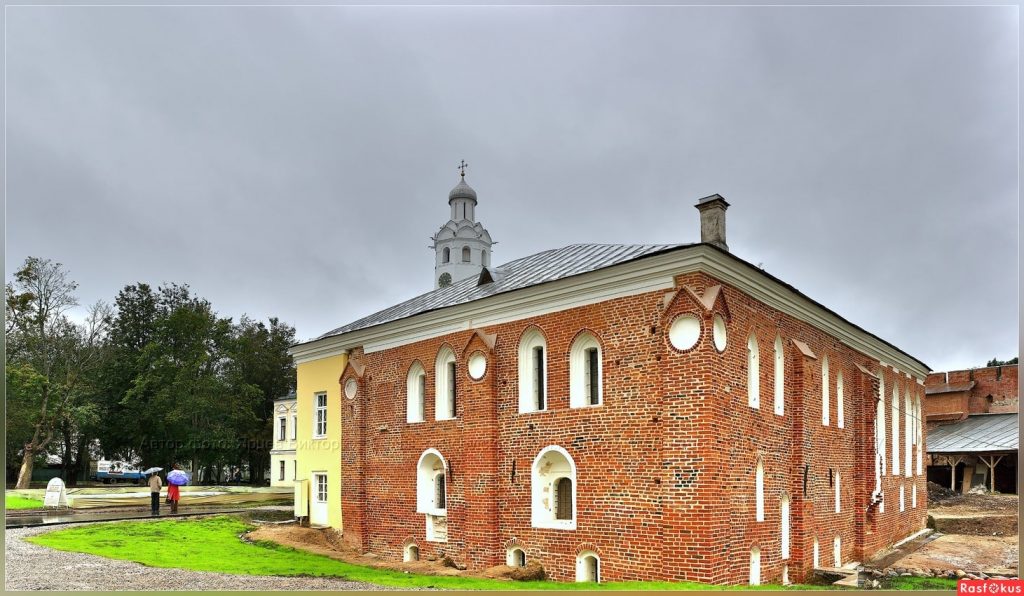 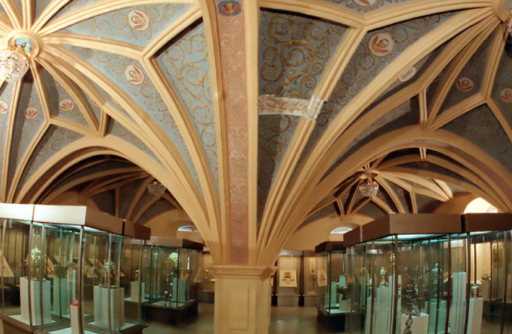 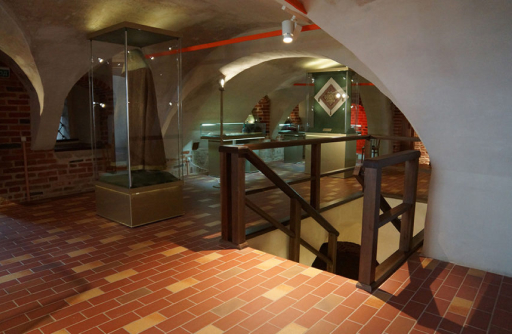 The chamber, as part of the Vladychny Dvor complex, was founded by order of the Novgorod Archbishop Euphemia in 1433. According to the Second Novgorod Chronicle, foreign (German) craftsmen participated in the construction, which is proved by the presence of star-shaped rib vaults, lancet windows and arches, wimpergs and some other details characteristic of Gothic architecture in the main hall.

In 1441, the monument was painted with frescoes. The icon of the XVI century “The Vision of the sexton Tarasius”, containing an image of the chamber, demonstrates that earlier the building had stepped pediments with rows of pointed niches, known as reception in Gothic architecture.

The ceremonial hall of the chamber was the place of the court and the Council of the nobility of the Novgorod Republic. In 1478, it was there that Ivan III’s decree was issued on the annexation of the Novgorod land to the Russian state.

In the following centuries, the building underwent significant alterations and acquired its current appearance by the XIX century. In particular, the main facade was significantly changed, and a cornice was arranged on top of the building. In 1822, a church in the name of Archbishop John of Novgorod was consecrated in the front hall.

During the Soviet era, the building was given over to a museum, and there was an exhibition of applied art.

In preparation for the celebration of the 1150th anniversary of the city, the building underwent reconstruction, bringing it closer to its original appearance

In June 2008, an architectural and archaeological expedition of St. Petersburg State University found the remains of a 14th-century structure near the chamber, which is associated with the name of Archbishop Vasily of Novgorod.

Extensive underground halls were discovered in the building itself.

Currently, active restoration and research work is underway, as a result of which the chamber returns to its original Gothic appearance. In particular, the original gallery at the entrance to the ward will be restored.