The Alekseevskaya Tower (the second name is Belaya) is the only surviving stone tower of the Roundabout city of Veliky Novgorod. It was built in the XVI century to defend the city from the south. It got its name after the wooden church of Alexei the man of God 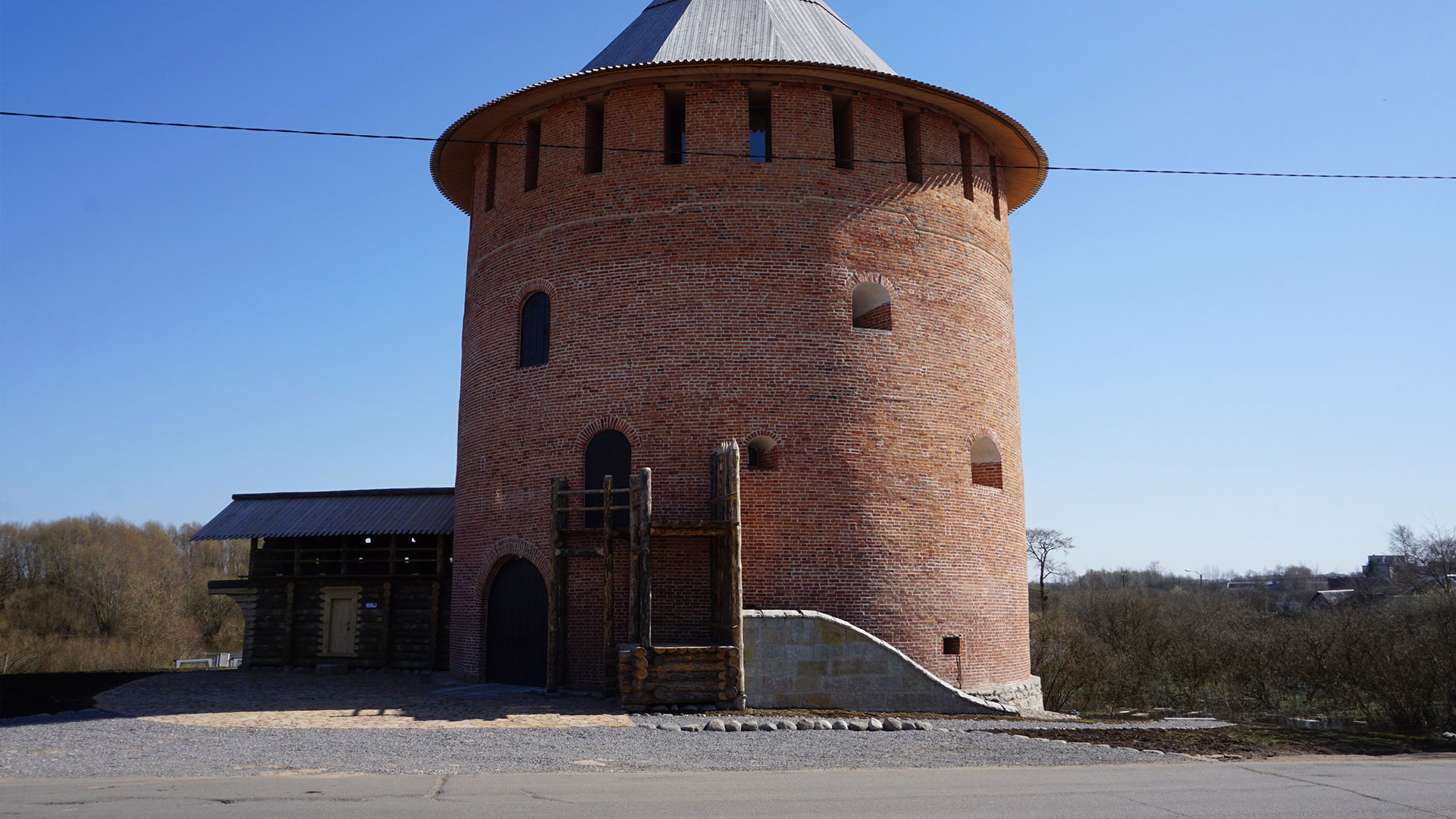 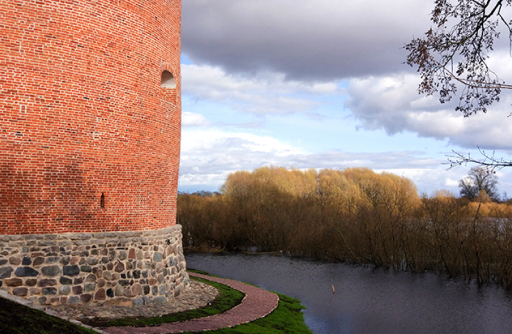 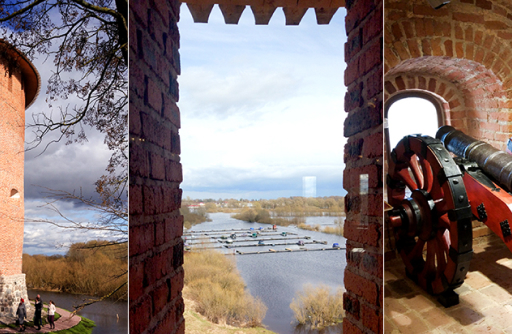 At the end of the XVI century, during the Livonian War, the Roundabout city was reconstructed, and stone towers were erected at the junctions of the coastal and floor walls — Alekseevskaya in the south and Petrovsky in the north. The last tower has not been preserved.

The Alekseevskaya Tower was built in 1582-1584 and was a four-tiered structure. The tower was the center of cannon defense on the approaches to the city from the south, and a more utilitarian goal was to prevent a possible breakthrough along the walls along the bank of the Volkhov to Detinets. The Alekseevskaya Tower has a very powerful foundation, laid out of limestone slabs and lined with granite boulders, and protruding both outside and inside the tower by 0.5 m. This is due to the fact that the tower was built on bulk soil, and now it is considered one of the reasons why it has been preserved, and in a decent form.

The tower has three tiers of loopholes and one tier with teeth.

In the first tier there are gun and food loopholes, three of each type, six in total. The loopholes of both types are narrow with parallel cheeks and are covered with a slab. In the second and third tiers, the loopholes are covered with vaults, have vaulted combat chambers and cheeks that are widely deployed outward and inward, shoot to your health.

In the second tier there are four gun loopholes and at the very entrance there is another small one – the pischalnaya one, flanking the southern wall.

There are five gun loopholes on the third tier, and the combat chamber facing the Volkhov is interesting. There are two loopholes in it, one made specifically for firing along the coastal section of the wall, and as a result it turns out that the wall is flanked by two loopholes of neighboring combat chambers.

The fourth tier of the tower ended with merlons – teeth, there were 24 of them in total, and they were rectangular, without loopholes in the trunk.

The construction works on the Posad in the XVII century are well known. In the 1630s, these works unfolded on the Trading Side, and in the 1660s — on the Sofia side.

In the middle of the XVII century, after the Swedish occupation, the tower was repaired and updated. To increase its height, an additional tier of “osmi crowns” with food loopholes was cut. In the rear section, vaulted openings were made for the passage and lifting of supplies, which were connected by a ladder in a chopped extension on all tiers except the fourth. During this repair, the Alekseevskaya Tower was whitewashed, hence the second name of the tower — White.

The construction inventory of 1667 shows that on the Trading side in the wooden walls and towers around the posad there were 190 cannon and 2495 pishchalny embrasures. These figures speak quite eloquently about the power and combat value of the wooden fortress of the Roundabout city in the XVII century.

In 1697, by order of Peter I, military equipment was removed from the walls around the posad and transported to Detinets for storage. In 1700 there was a fire, after which the tower was abandoned. So one of the largest fortresses of medieval Russia ceased to exist. Now only the steeps of the earthen rampart and the White (Alekseevskaya) Tower remind of it, which by the end of the XIX century had fallen into disrepair — the tent was destroyed, the last tier was completely lost, and decent bushes grew on the third, destroying the masonry.

The tower remained in disrepair for about 300 years, except for the post-war period, during which people were forced to live in it.

In 1990-1995, the tower was successfully restored in the style of the XVI century, covered with a tent and bricked up all the entrances. Further restoration of the White (Alekseevskaya) Tower on the earthen rampart was done in Veliky Novgorod already in 2011, with funds allocated under the federal program “Preservation and Use of the Cultural Heritage of Russia”, with the support of the International Bank for Reconstruction and Development. The works were successfully carried out from 2012 to 2017. The walls, foundation, roof and basement of the tower were strengthened, electricity, heating, ventilation, fire extinguishing system were carried out. The monument was adapted for modern use – stairs and partitions were introduced. The surrounding area was also landscaped. The tower opened to the public in 2018. All floors have been restored. Inside there is an exposition dedicated to ancient Russian weapons. One of the main exhibits is a cast–iron squeaker of the end of the XVII century.